Showing posts from June, 2020
Show all

I've been watching Love, Victor. It's a series on Hulu in the universe of the movie Love, Simon, which is a hit movie about a teenager's journey to coming out as gay.
Love, Victor stars a Latino family with a teenage boy who is trying to figure out his sexual identity. He knows he's attracted to boys, but finds that he is also attracted to girls. His family is very traditional and Catholic, so Victor is afraid they will not accept him.
I love shows/movies like this because not only is queer representation in media so important, but also because I identify with the characters so much. While my parents aren't particularly religious, my grandparents are, and image is very important to them.
In the episode I'm currently watching (season 1, episode 5), Victor's grandparents come to visit for his 16th birthday. His mom is in panic mode because her mother-in-law is always incredibly judgmental of her every move. Victor invites his girlfriend, friends, and the boy …
Post a Comment
Read more 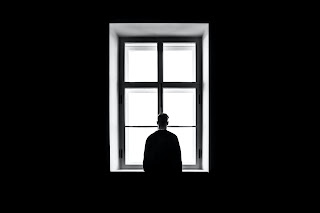 I feel like it's me against the world. I feel like in being open about who I am, I've made an enemy of nearly everyone in my life. I've always stayed to myself, not made a big deal about the issues I care about, and basically let anyone around me walk all over me. I didn't stand up for myself or my beliefs, and it always left me feeling so small.
I've had so many people who were close to me get upset with me for not standing up for myself. I'm in a constant tug of war between trying to keep the peace and not being a pushover.
I decided I have to stand up for myself. Why keep my mouth shut for the sake of others if they're not going to give me the same consideration?
Well here I am, standing up for myself, and feeling like I've turned nearly everyone against me.
I stood up to my neighbor and now not only is he making me miserable, but I'm pretty sure he's got the guy across the street in on it.
I stood up to my grandfather, and spent a family coo…
Post a Comment
Read more 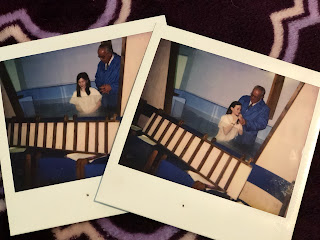 This morning I watched the first episode of the new season of Queer Eye. The person they helped in this episode is a gay Lutheran preacher, and this episode brought out all the feels.
The above photo is me getting baptized at around 13. I grew up going to a Southern Baptist church with my grandmother. I remember getting dirty looks for laughing at the preacher because in true Southern Baptist style he would yell his sermons - face red, wiping the sweat from his brow, shouting "And the Lord said 'ha!' that you would be healed 'ha!' in the gates of Heaven 'ha!'"
The "ha!" every few words just cracked me up!
My parents weren't incredibly religious, but it was understood that we believed in God. They didn't go to church, but my grandparents devotedly went to three services a week, as did generations before them.
In junior high I started going to a (not southern) Baptist church with one of my friends. I remember all the other kids in my y…
Post a Comment
Read more
More posts