The Spectrum of Suicide 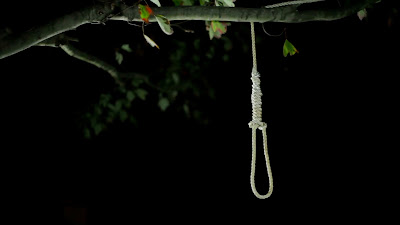 Today we have another guest post from Elijah Greenwood. As always, his words hit close to home.

The grey area that no one talks about. Most people don’t even realize it exists. Then there are those that know it all too well. Those that live it day in and day out. It’s that small section of suicide that we struggle to understand. It’s when you want to die so badly, but you don’t want to kill yourself.

No, I’m not going to harm myself. No, I don’t have plans to do anything. Yes, I’m safe. I just don’t care if I live or die. If I got in a car crash today, I wouldn’t fight to live. If someone wanted to kill me, I’d let them. I want to die. I just don’t plan to do it myself.

Often when we think about suicide, we think about people so depressed that they plan out their death and attempt to take their own life. All too often, no one realizes that suicide is a spectrum and a person can fall anywhere on it.

The problem with this grey area is that people in it are often scared to talk about it or to seek help. They’re scared that if they say they’re suicidal, then people will jump to conclusions and think they’re a danger to themselves and others. That they may be locked up in those hellish psych wards or given even more drugs to “fix” them. It’s an area that not a lot of mental health professionals know about, and not an area that’s widely studied or talked about. Until you’re there.