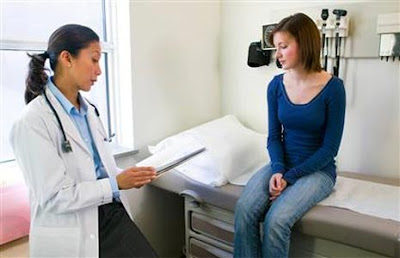 Before my mid-twenties, I was a fairly healthy person. Sure, I have a chronic stomach problem that I’ve had since I was a toddler, but aside from that, I rarely got sick. There were a bunch of little annoying things, but I ignored them - since a doctor didn't know, that meant they weren't a problem, right?!

Then I went from 112 pounds to 187 in about a year. I was one of those people who never went to the doctor. When I had trouble getting pregnant, that changed. My gynecologist questioned my weight gain. I assumed it was genetics - my mom had also gone from skinny to not-so-skinny in her twenties. Come to find out, I have hypothyroidism and polycystic ovarian syndrome (PCOS) – both make you gain weight, both make it very difficult to conceive.

Suddenly all the little annoying health problems I’d ignored and written off as bad luck or being paranoid made sense. Depression, abdominal pains, sporadic menstrual cycles, brain fog, and quite a few more. All things I’d ignored for one reason or another could have been helpful symptoms to lead a doctor to diagnosing me before things got so bad.

Ever since then I see my doctors (yes, plural, I’ve got a whole medical team watching me now) every few months at least. What’s annoying is, I should probably go more often. I’ve gotten to where I’m convinced my primary care doctor must think I’m a hypochondriac. I feel like there is always something wrong with me.

To be fair, with PCOS, it’s completely normal to always have something wrong with you. Take a look at these three infographics: 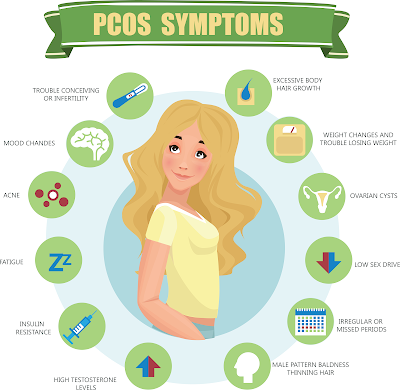 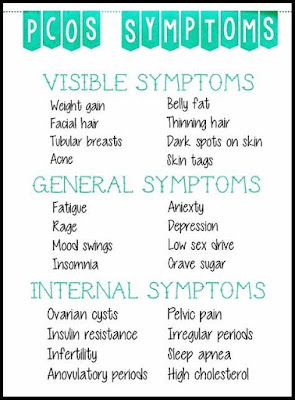 Google PCOS symptoms and you’ll find hundreds of these, each one a little different from the last.

So it’s gotten to where anxiety takes over every time I think I have a new symptom of something. Either I convince myself it’s just a side effect of one of my current conditions and nothing can be done anyway, or I convince myself it’s all in my head. Of course there’s also part of me that is always convinced it’s cancer and I’m dying –  entirely possible, a lot of people in my family have had one type of cancer or another.

Half the time I go to the doctor for regular checkups, I talk myself out of discussing my new concerns because after going over all the stuff that’s already wrong with me, I’m afraid bringing up even more would just annoy the doctor and take up his valuable time. I convince myself it’s not that bad, surely it’s all in my head, and I don’t say anything. Then weeks later I end up making another appointment because those new symptoms are still a problem. Yay for forever being in debt with medical bills!

Currently I’m debating whether or not I should make an appointment to ask about a few spots I’m hoping aren’t skin cancer and a pain in my foot. I’m covered in freckles and have quite a few moles and skin tags, but there are a few spots that are weird. Given my family history, I should have them checked out. And this pain on my foot is making it difficult to push down on the clutch in my car.

Both completely reasonable excuses to see a doctor. And yet… I have an appointment with another doctor on Friday, and I hate to miss more work. Anxiety tells me I’m going to piss off my boss with all these doctor visits.

The moral of the story, dear Cucumbers, is our bodies are our temples, and we must take care of them, even if it makes us feel like a crazy hypochondriac.

We won’t talk about all the junk food and booze… That’s totally okay. Right?!