They're All Gonna Laugh at You 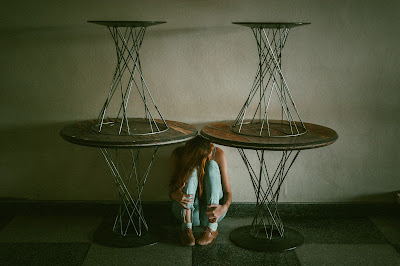 Photo by Talles Alves on Unsplash

I once again let anxiety talk me out of doing something I was really looking forward to.

Are you as tired of hearing this song as I am?

I’ve mentioned how proud I was of myself for talking to the diversity folks about helping out, and going to the meeting for the LGBT kids at work, and telling them I want to help out. So naturally, after looking forward to the first event after doing all this, I chickened out.

I sat at my desk all day fighting with myself about it.

“It’ll be fine,” I said. “There will be lots of people there, yes, but they want more people – they need lots of support. They’ll be happy that I came.”

“They’ll judge you for coming alone,” Anxiety responded. “You’ll be the only one there without a friend. They’ll all look at you.”

“But a few of the kids from the club messaged this morning saying they were going. I won’t be alone, they’ll be there,” I argued.

“You think those kids want you hanging around them?!” Anxiety spat back. “They’ll think you’re annoying and try to get rid of you. Then you won’t be able to go to meetings anymore because you’ll know they all hate you.”

Have you seen the show Once Upon a Time with Robert Carlyle as Mr. Gold/Rumpelstiltskin? As I was writing that, Anxiety was using Rumpel’s voice. Wonder what that means…

In the end, I told the kids from the group that I couldn’t make it because I couldn’t get away from work. I then hung my head in shame and called myself a loser.

Times like that are the worst. It’s more often that when I’m invited to do a thing, I automatically say “no, no, Anxiety won’t let me do that.” It’s so much worse when I really do want to do a thing, I look forward to doing the thing, and then Anxiety talks me out of it at the last minute.

Now I have the added benefit of convincing myself they’ll never ask me to help with a diversity event – why would they, when I didn’t show up to the first one?! Granted, they didn’t specifically ask me to help with this one, it was pretty much already planned when I came along, but still – I’ve not done a good job of showing my reliability, have I?

I’m quite sure that if I was given a specific task, I wouldn’t chicken out. If I was told that at an event, I could do a specific thing to help, I wouldn’t feel like I’d be going and wandering around like a lost puppy at a kitten show.