Anxiety is being afraid of your own friends 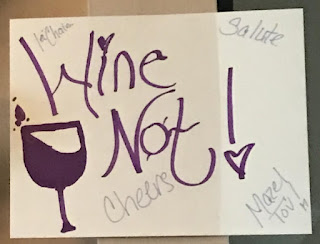 I have been called out on my tendency to bail on plans twice in the past week. A good friend had a small get-together for me for my birthday, and he mentioned he was afraid I wouldn’t show up.

That broke my heart.

It was only three of us, but he made cupcakes (queercakes, as he called them), had sushi and wine, and made witty birthday signs that he hung throughout his house. He is such a great friend and I’m so thankful for him. So when he mentioned how busy I am and said he was afraid I wouldn’t show up, I felt horrible. Do I really do that to my friends who care for me?

And it’s not because I’m busy, or I don’t appreciate them, or I don’t want to see them. It’s because of anxiety. For instance – I really did think about canceling that day. Nothing new, canceling crosses my mind every single time I make plans with someone.

I think I’m going to go out there, and I’m going to have fun! Anxiety be damned!  And then as it gets closer to actually going out in public and being around people (who Anxiety says probably don’t really like me anyway), I panic. Most of the time I talk myself out of it, I go, I have fun, I kick Anxiety’s ass. But sometimes I just don’t have it in me, and Anxiety convinces me I’m better off at home, hiding.

So next time I have plans with you, don’t let me bail. Tell me how much you want to see me and remind me of how much fun we’ll have. Call me out on my anxiety.