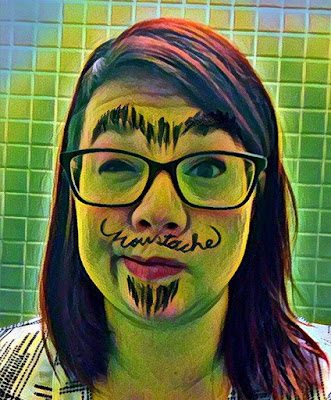 Photo: Me... being weird


Bear with me, it may take me a minute to get to my point on this one.

I highly suggest you join Meetup.com. There is also a handy-dandy app. With Meetup you can find groups of like-minded people who meet regularly to hang out, have discussions, and do activities. You can search for groups by category: family, health & wellness, music, LGBTQ, beliefs, book clubs, hobbies, etc. No, this isn't an ad. Being around people who are like me has made me feel normal for the first time in my life. It's pretty awesome.

So I’ve been meeting with one particular group for about a year now, and it’s been great. Our group was invited to join another group (The TriState Freethinkers) for a discussion on a topic that relates to both groups. This event was, for the most part, a very interesting discussion. The speakers discussed comprehensive sex education in schools (OMG this needs to happen everywhere), LGBTQ support, support groups for women, and sex reassignment surgery - truly interesting topics that I enjoyed and learned a great deal from.

But there was one speaker who said something that really rubbed me the wrong way.

He was discussing LGBTQ student support. He even passed out a handy sheet of LGBTQ issues that are common in schools, basic terminology, what not to say if someone comes out to you, and resources. All great things.

However, one of the suggestions for how to support LGBTQ students is titled “Weird, not Wrong.” His explanation was that just because someone makes different choices, it doesn’t make them wrong. It just might seem weird to you.

I get what he’s saying. I understand there’s a difference between thinking someone’s actions are weird and thinking the person is weird.

But I don’t like the idea that he’s teaching students to think of people different than them as “weird” at all.

Maybe this just touches a sensitive spot for me because I grew up being called weird. I feel like that word has a negative connotation, and while my friends and I may call ourselves weird, if people who don’t even know me think of me as weird because of who I am, that’s not a positive thing. That’s not progress. I’m not sure that’s any better than thinking of me as wrong.

As I mentioned in “I’m Here, I’m Queer, Get Used to It,” I’ve struggled with the idea of coming out and letting people know who I really am for a long time. This is exactly why. I’ve heard family and friends refer to LGBTQ folks as weird. They didn’t know it, but they were talking about me. And now I’m supposed to come right out and tell them they were talking about me?! Admit that I’m weird?! My anxiety thinks that’s a terrible idea!

Okay, so I have admitted that I’m weird… but I still don’t like that people think of me that way. Yes, I know, I need to work on not caring what people think… It’s a work in progress. But I also take offense when other LGBTQ folks are called weird. These are my people you’re talking about! They’re not weird, they’re fabulous and brave! Besides, if everyone was the same, how boring would the world be? I’m so incredibly thankful for every flamboyantly gay man and every trans person who stands up and says “This is who I am, deal with it!”

So we’re not wrong, and we’re not weird. We’re here.  We’re extraordinary. Get used to it.