Everything is Wrong With Me -or- Maybe I'm a Hypochondriac 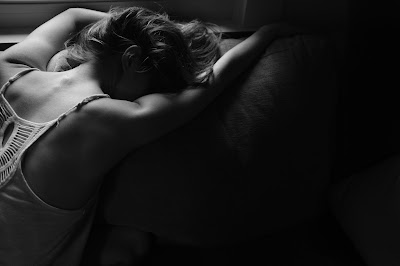 Photo by Alex Boyd on Unsplash

A friend of mine posted the following on Facebook:

I’ve never had a doctor tell me I’m faking it, but I have had them tell me in some way or another that they can’t find anything wrong with me... so it could be in my head, or it could be related to one of my existing illnesses.

Then they don’t give me any advice on how to get better.

One great example is that I’m exhausted. All the time. 24/7. I typically sleep like the dead. I’m asleep as soon as my head hits the pillow. I could sleep through a tornado – and yet I’m always so damn tired. Not just “sort of” tired. Not “I need an extra cup of coffee” tired. It’s nodding off at the wheel, can’t keep my eyes open at my desk tired.

Multiple doctors have written this off as a side effect of hypothyroidism, which I was diagnosed with over a decade ago. I’m on medication for it and have my levels checked fairly regularly, so you’d think my exhaustion shouldn’t just be from that illness. Of course many people with hypothyroidism will tell you that you still suffer from a lot of the symptoms, even with medication. I can deal with most of the symptoms, but my exhaustion makes it difficult to function.

I finally started seeing a wonderful endocrinologist who has helped me immensely. When I told him about my exhaustion he asked if I snore. My soon-to-be-ex-husband was with me at that particular visit, and he enthusiastically said “YES, YES SHE DOES.” I had a sleep study done and was diagnosed with sleep apnea. It turns out that even though I remain unconscious all night, I actually wake myself up by not breathing an average of once a minute.

I’d like to go back to my old primary care doctor - the one who said I was tired just because I was getting older and had kids - and shove that test score in her face.

Luckily I’ve changed doctors and have settled on a great team that truly listens to me and takes my complaints seriously. I do sometimes wonder if I’m a hypochondriac. Is there a word for being paranoid that you’re paranoid about having every illness you come across??

I think it’s just my anxiety that makes me double check symptoms of various illnesses, not actual hypochondria. If my symptoms don’t line up, I admit I don’t have the illness. Okay, so I may check two or three sources before accepting that I don’t have it… but I eventually get there.  Eventually.

And on the off chance my symptoms do line up with an illness, it’s usually quite a while before I bring it up to my doctor. First I wait to make sure it’s not just a coincidence. If the symptoms stick around for several months, I decide to talk to my doctor about it. Not that I mention it that first appointment.  I usually go to several appointments fully intending on talking about it, and then chicken out before I get up the nerve to actually mention it. (See the previously mentioned list of what-ifs.)

My ADHD soon-to-be-ex-husband used to say he thought I was also ADHD. Naturally when he suggested this, I looked up the symptoms. While I don’t have the hyperactive aspect, I do have a lot of other symptoms. I thought about it for a few years before I finally mentioned it to my doctor. While I did have the symptoms, they didn’t interfere with my daily life too much, so I didn’t think it was worth mentioning. When it got to where I was legitimately having trouble focusing on tasks at work and reading my textbooks at school, I finally brought it up. My doctor said it made sense and referred me to a psychologist. The psychologist conducted an assessment and later diagnosed me with ADHD.

I wasn’t just being paranoid! Vindication! (Let’s avoid mentioning my growing list of predetermined diagnoses and the future of healthcare, shall we?)

It’s hard enough to talk to my physicians about illnesses I think I may have. What’s even harder is talking to therapists about my past and what goes on in my head. I’ve never liked talking to therapists. I’ve had several, and the longest I’ve ever stuck with one is a few months. I make a lot of excuses – I have a high copay; I can’t miss work; I’m much better, really. But what it comes down to is my constant fear that they’re going to say I have no reason to have all these problems, or it’s all my own doing.

During therapy sessions, if I talk about several separate issues and they ask what else is bothering me, I often say that I can’t think of anything else. I don’t want to bother them with too many problems all at once. I’m pretty sure any therapists who may be reading this right now are probably shaking their heads at me. It is, after all, their job to listen to my problems for an hour. Try telling my anxiety that. Anxiety convinces me that if I talk about too many problems it will invalidate them and the therapist won’t listen to me.

I’ve decided anxiety doesn’t want me to get better. Anxiety wants me rocking back and forth in a corner, thinking everything is wrong with me, but too afraid to do anything about it. I’m trying really hard to do just the opposite.