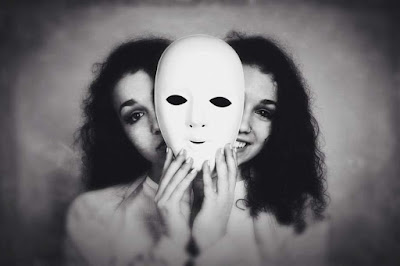 
I’ve been in customer service since the age of 16. My first job was at a donut shop. I still have a special place in my heart (and my thighs) for donuts. I made the donuts and ran the cash register, so I learned how to speak to customers at an early age. I’ve always been terrified of people, so I was incredibly nervous about dealing with the customers at first.

I quickly learned to transform into Customer Service Betina when working at the front of the shop. Gone was the Betina who wanted to run and hide. She was replaced with the Betina who came out grinning, asked how the customer was doing today, answered all their donut-related questions confidently, and told them to enjoy their delicious fried doughy treat. What’s that? You need a donut we don’t have in the case? Well let me pop on back and whip one up for you! Why yes, I am incredibly helpful, aren’t I?!

For an introvert with generalized anxiety disorder, dealing with people is exhausting. And yet, twenty years later I’ve been in some form of customer service job ever since. My body relaxes when I leave work and no longer have to deal with people. I treasure the time spent in my car decompressing after I get off work. Going back to the MatchstickTheory, work burns up so many matches for me.

I think switching on Customer Service Betina works about 75% of the time. Sometimes it takes some serious internal pep talks before I can flip the switch.

For example, today one of the assistant directors in my department asked me to find out how we can get a new trash can for our break room. I’ve only worked here for a few months, so I’m still learning the ropes. After mustering up some courage (what if this isn’t the right thing to do and they think I’m an idiot?!)  I called our facilities department and asked if I should go through them to get a new trash can, or if I should order it myself from Office Depot. The woman who answered my call said she doesn’t know.

Since I was already afraid she’d think I’m pushy for asking, I panicked and said “Okaythanks,” (yes, all one word) and quickly hung up the phone. Ugh. Now what? I told my boss what was going on and asked if he knew who I should ask. He was also puzzled at the lady’s response. “She’s not going to find out?!” he said, before recommending I try calling the custodial department.

They said to call facilities.

I hate my life.

This time it took me a few hours to get up the nerve to call. I went to lunch first. Customer Service Betina was in hiding and had no interest in coming out to play. When I finally forced myself to pick up the phone and call, the woman sounded annoyed when I announced myself. She sounded even more annoyed when I told her I’d been advised by multiple people that she is the one who needs to help me get a new trash can.

After a long sigh she said she’d put in the request and talk to her boss.

People like her are why I have issues talking to people! There have been enough people like her who can’t be bothered to do their job that I’ve been conditioned to think I’m being a nuisance when I’m simply doing what I’m supposed to do. Luckily, Customer Service Betina is better at pushing aside the anxiety and getting the job done because dammit, we have impeccable work ethic.

Yes, I am now referring to myself in the royal We: Customer Service Betina and Sniveling, Crying Mess Betina. The latter personality can typically be found hiding under her desk, hoping the problem goes away on its own.

The 15% of the time I can’t get up the nerve to speak to people at work – pretty sure that’s when Customer Service Betina is on strike – I feel like a failure as an employee. I know I need to ask someone a question that I don’t have the answer to, but the person I need to ask is in a bad mood, really busy, or I just feel like a nincompoop for having to ask. So I decide to wait until later to ask. Then later I feel stupid for having waited so long, so I wait longer. Then I feel like I really should have asked by now, so they’re obviously going to think I’m incompetent for not having asked, and so I continue not asking. Then the world ends.

Okay, so the world doesn’t end, but eventually there’s a consequence for not doing what I was supposed to have done. In my head, the world might as well have ended. I’m a good worker. I’m better than that.

Customer Service Betina isn’t just for work. I can flip her switch at the grocery store, at restaurants, or when calling companies about student loans. It’s necessary - otherwise  agoraphobia would set in hardcore and I’d never leave my house or speak to anyone again. That sounds quite nice actually… but I sure would miss those people I’m terrified of, eventually.