When I Grow Up I Want to be a Failure! 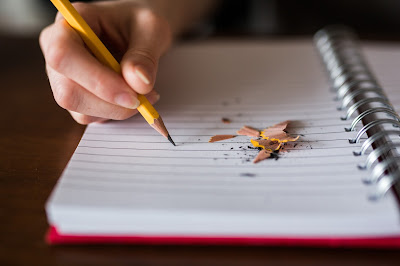 Photo by Thought Catalog on Unsplash

“Without failure there is no achievement.”
-John C. Maxwell

I always said I wanted to be a writer like Stephen King when I grew up. That dream never went away, but the confidence in myself did… not that I ever had that much confidence to begin with. I had a portfolio of my poems, short stories, and writing assignments that I’d collected for years. When I was 19 or 20 I threw the whole thing in the garbage. It was nearly twenty years before I tried to write again. I was so sure that everything I had ever written was worthless.

I’ve had a bad habit of finding something I’m passionate about, getting excited about it, and then deciding there’s no point because I’ll fail anyway. That’s why it took me three tries at college before I finally earned a degree. Okay, so the first time I was academically dismissed because I did a bit more partying than studying. But I’d already decided to quit by the time I got the dismissal letter, because I didn’t think I would succeed.

Maybe that’s why I didn’t try very hard. If I tried, I’d have had to admit I was a failure when I inevitably failed.

My second attempt at college was with the now-defunct Academy of Court Reporting. In order to graduate you had to key 200 words-per-minute on the stenograph machine. When I quit, I was at 100 wpm. Up until that point I hadn’t studied a bit. One of my instructors said I was a natural. But, I actually struggled a little with the 100 wpm test. That terrified me. Anxiety convinced me I was going to fail after all, so I told everyone I had to quit because it was too scary taking classes at night in downtown Cincinnati.

I finally earned my Associate’s Degree this year. It only took me five years at Cincinnati State to do it, but that was with taking one year off in the middle. You get one guess as to why I took that year off in the middle. You guessed it – anxiety. I told people it was because my husband was finishing his Master’s Degree so someone had to take care of the children, but that wasn’t entirely the case.

The truth was I was in an accounting class that I didn’t understand at all, and the other class was supposed to have been easy, but the teacher was awful. I wasn’t doing well in either class, so I quit. I quit after the withdrawal deadline, so my loans were revoked and I had to pay back the school $1,200 – all because of anxiety. I later learned that I have ADHD, so that’s part of why I had such a hard time with accounting. Nothing like yet another undiagnosed mental issue to make your anxiety worse!

After a year of soul-searching and self-esteem boosting I went back to school, kicked accounting’s ass, and graduated with honors – while going through a divorce.

In all that time I only gave a few half-hearted attempts at writing. It never amounted to anything and I (unsurprisingly) was never satisfied with what I put down on paper. A few writers encouraged me to give it another try and helped me out, and here I am.

For years I’ve said I don’t know what I want to be when I grow up.

I might as well have said “When I grow up I want to be a failure,” because I wasn’t even willing to try.

That’s changing. I’m putting myself out there. I went from being terrified of letting anyone see what I come up with to practically shouting “YOU WILL READ WHAT I WRITE AND YOU WILL LIKE IT!”

I’m pretty damn proud of myself.

Spoilers...
Next time I'll talk about what anxiety brings to the new year - MORE ANXIETY!